This article reports two rock shelter sites with possibly prehistoric paintings located in Sirumalai, Dindigul District, Tamilnadu, S. India. The first site was reported in the Indian Express newspaper in 1984[1]. The second site has not to my knowledge been previously reported.

Sirumalai is an isolated group of hills lying to the North of Madurai and to the South-east of Dindigul. It is partly forested and partly cultivated. Some slopes, particularly on the western edges, are not easily accessible. The hills are occupied mostly by mainstream Hindu people originally from the surrounding plains. However, they are also home to Paliyar adivasis (tribals), many of whom continue to lead a traditional nomadic or semi-nomadic way of life. 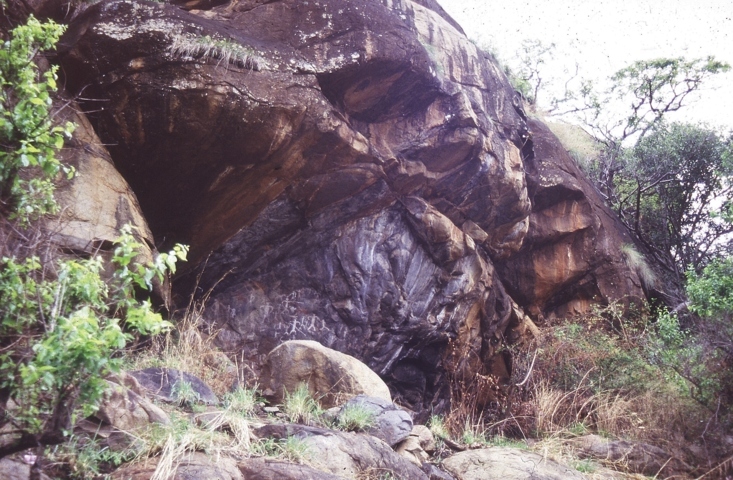 The first rock shelter is at Aruvimalai on the south-western corner of the hills, somewhat above Maavuttaru Lake[2]  and just below a small dam.  The rock shelter was visited by Dr G Vijayvenugopal, Reader in Tamil, Madurai Kamaraj University, sometime in 1983/4. He was brought to the site by Sirumalai locals, including a Paliyan[3]. I met Dr Vijayvenugopal in July (?) 1984. He suggested the paintings might date from about 500 BC. I then visited Aruvimalai myself with the help of some locals. I took photos of all the paintings. (See the Sirumalai Gallery Tab). They are painted in red ochre and white and consist of human, animal and other figures. The site is clearly a rock shelter, not a cave, with the cliff overhanging the level area beneath. The shelter was visited subsequently by M. Christian Journet on 19.09.2015, accompanied by Sri ? Suscindran of Sirumalai Palaiyur.  M. Journet understood the location to be called Meenmittuparai, at 10°09’18.0″N 77°58’36.0″E, that is, on the eastern tributary that feeds into Maavuttaru Lake.  M. Journet also took photos which he has kindly allowed my to post on this site.  (See the Sirumalai Gallery Tab). 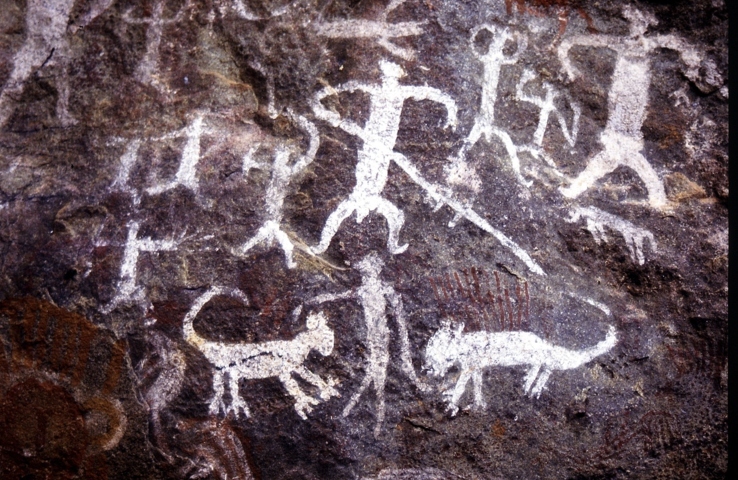 The second rock shelter is, I believe, at or near Alangaltheri, in a cliff face at the head of a forested valley above the settlement of Thalikidangu. I visited the site in July 1984. Again, it is in the south-western part of the hills, although I am otherwise not sure of its precise location. I was taken there, by a Paliyan, after a walk through the forest on no visible pathways. We then had to climb down a short way to reach the site. 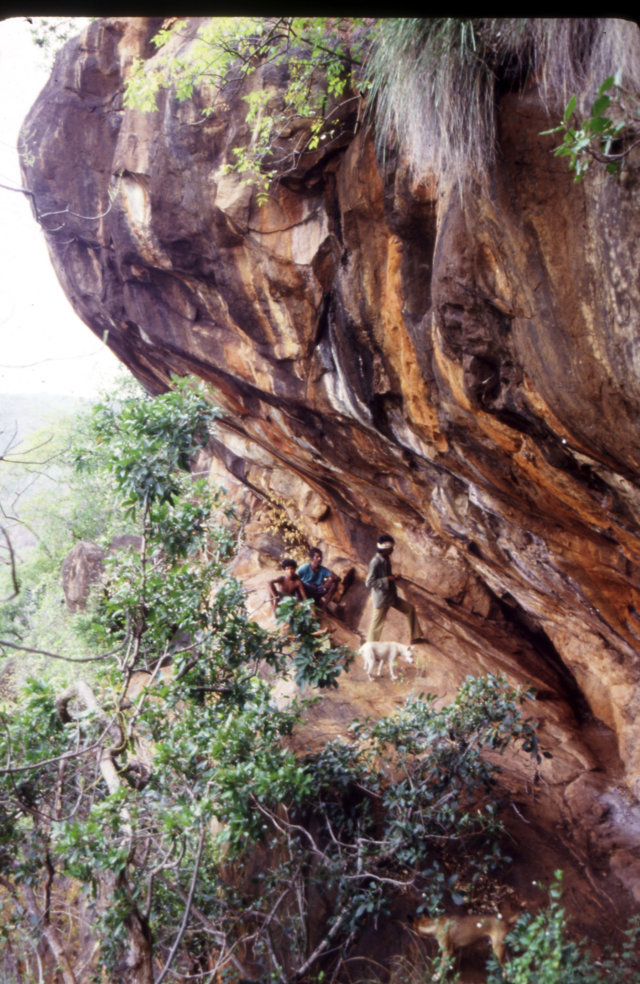 The shelter was some 30 feet long, varied between 16 and 6 feet in height and 20 to 4 feet in depth. It sloped some 30 to 40 degrees above the level ground. The remains of a fire suggested that the shelter had been recently used. The presence of modern Tamil letters among the apparently prehistoric paintings also suggested that this shelter had been in more contemporary use. 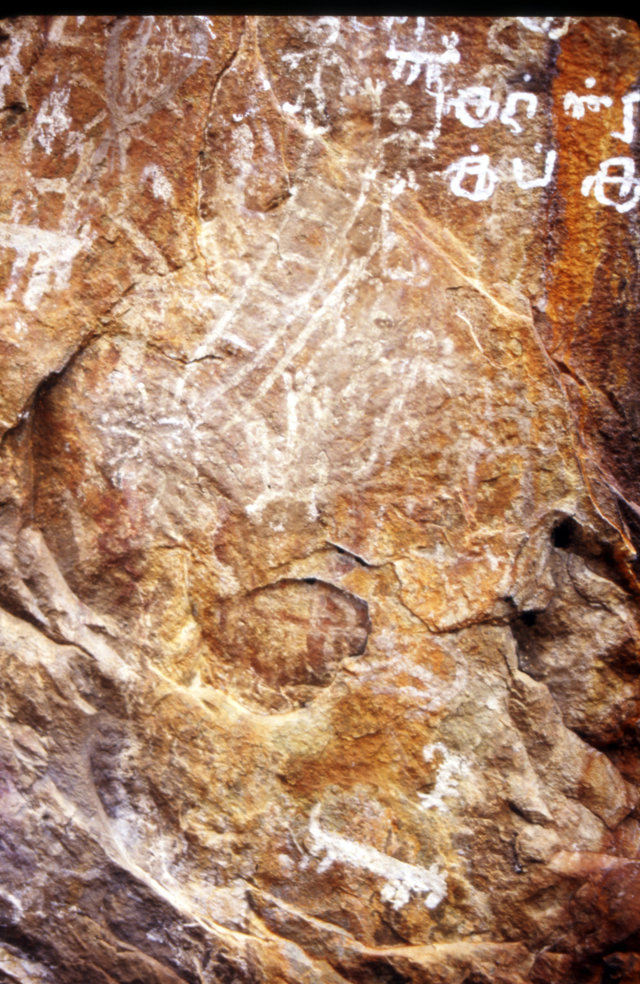 Again, I photographed all the paintings.  (See the Sirumalai Gallery Tab).  I also asked the locals who had accompanied me – Hindu Tamils and the Paliyan guide- to interpret some paintings whose ‘meaning’ was not clear to me. I have added notes to some of the photographs accordingly.

Higher quality versions of the photos are available on request.