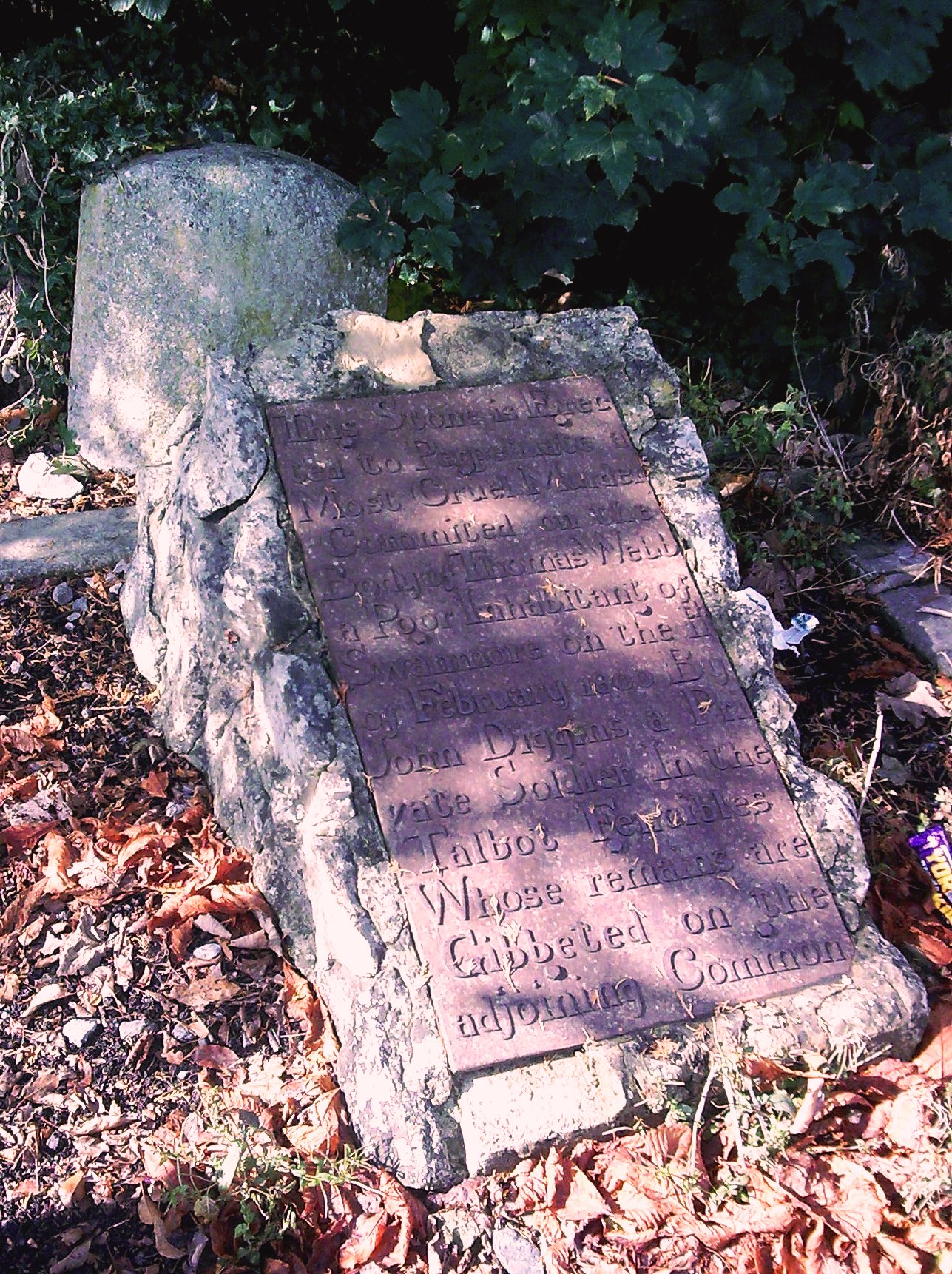 The Cruise of the Land-Yacht “Wanderer”; or Thirteen Hundred Miles In My Caravan, by William Gordon Stables, London 1892.
Extract from Chapter Twenty Seven.

Botley is one of the quietest, quaintest, and most unsophisticated wee villages ever the Wanderer rolled into . . . My attention was attracted to a large iron-lettered slab that hangs on the wall of the coffee-room of the Dolphin. The following is the inscription thereon:—

This Stone is Erected To Perpetuate a

Most Cruel Murder Committed on the Body

of Thos. Webb a Poor Inhabitant of Swanmore

a Private Soldier in the Talbot Fencibles

Whose Remains are Gibbeted on the Adjoining Common.

And there doubtless John Diggins‟ body swung, and there his bones bleached and rattled till they fell asunder.

But the strange part of the story now has to be told; they had hanged the wrong man!

It is an ugly story altogether. Thus: two men (Fencibles) were drinking at a public-house, and going homewards late made a vow to murder the first man they met. Cruelly did they keep this vow, for an old man they encountered was at once put to the bayonet. Before going away from the body, however, the soldier who had done the deed managed to exchange bayonets with Diggins. The blood-stained instrument was therefore found in his scabbard, and he was tried and hanged. The real murderer confessed his crime twenty-one years afterwards, when on his deathbed.

So much for the Botley of long ago.