One of the fine things about being on a cliff top is that you are in a position to look down on birds in flight, rather than always obliged to look up at them. I looked down on a kestrel. It was stationary and attending to the turf below, but it was not hovering , it was hanging on the wind, maintaining its position by the merest adjustments of its wing-tips and tail. It was not far below me, and through the binoculars I could see every russet, black-tipped feather of its back and wings.  I watched individual feathers rise and flutter and fall back into place in the turbulence of the air rushing over. It was an unusual intimacy, to be so close and to see such detail. 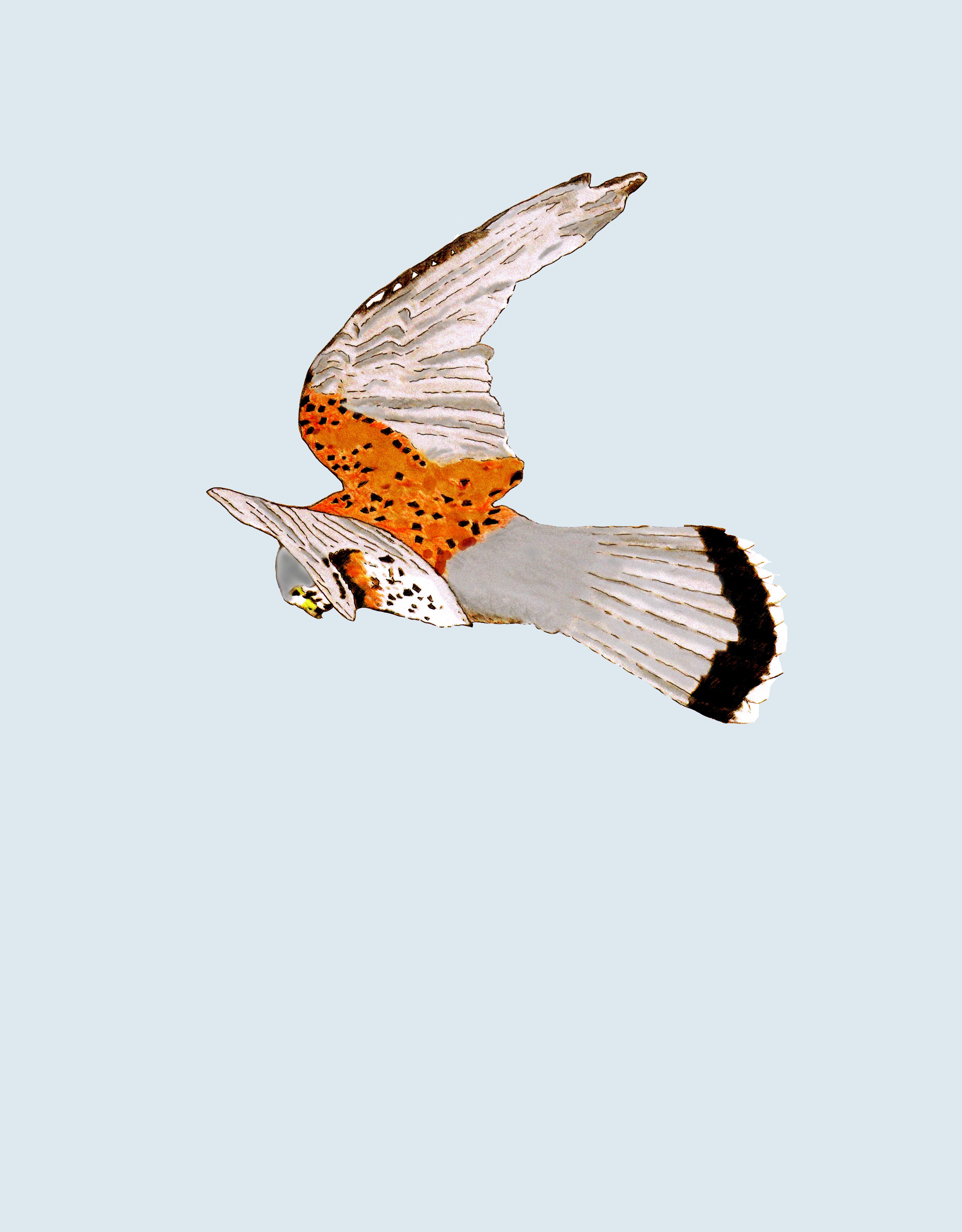 Coffee bushes have waxy, deep green leaves, rather like those of a bay tree, and clusters of white flowers which turn to green berries then ripen to cherry red. I cannot remember now whether the coffee bushes were in flower or in berry, only that the leaves were richly green and shining in the dappled sunlight that filtered through the canopy of the silver-oaks above. A pair of scarlet minivets were perched on this sea of coffee leaves. The male bird is scarlet and black; the female brilliant yellow and black. Scarlet, yellow, green, black.

The indigo bunting is a common summer visitor to New England. It was my first visit to the US and the first and only time I have seen this bird. It is not a vision you can forget. It was perched on a bush a few yards ahead, the size of a sparrow, but iridescent, astonishing blue. It was only there for a few moments, and then it was gone. I have seen other colourful birds since – parrots in Australia for example, or scarlet minivets in India – but they were multi-colourful. I hereby nominate the indigo bunting as the number one mono-coloured bird in the world! 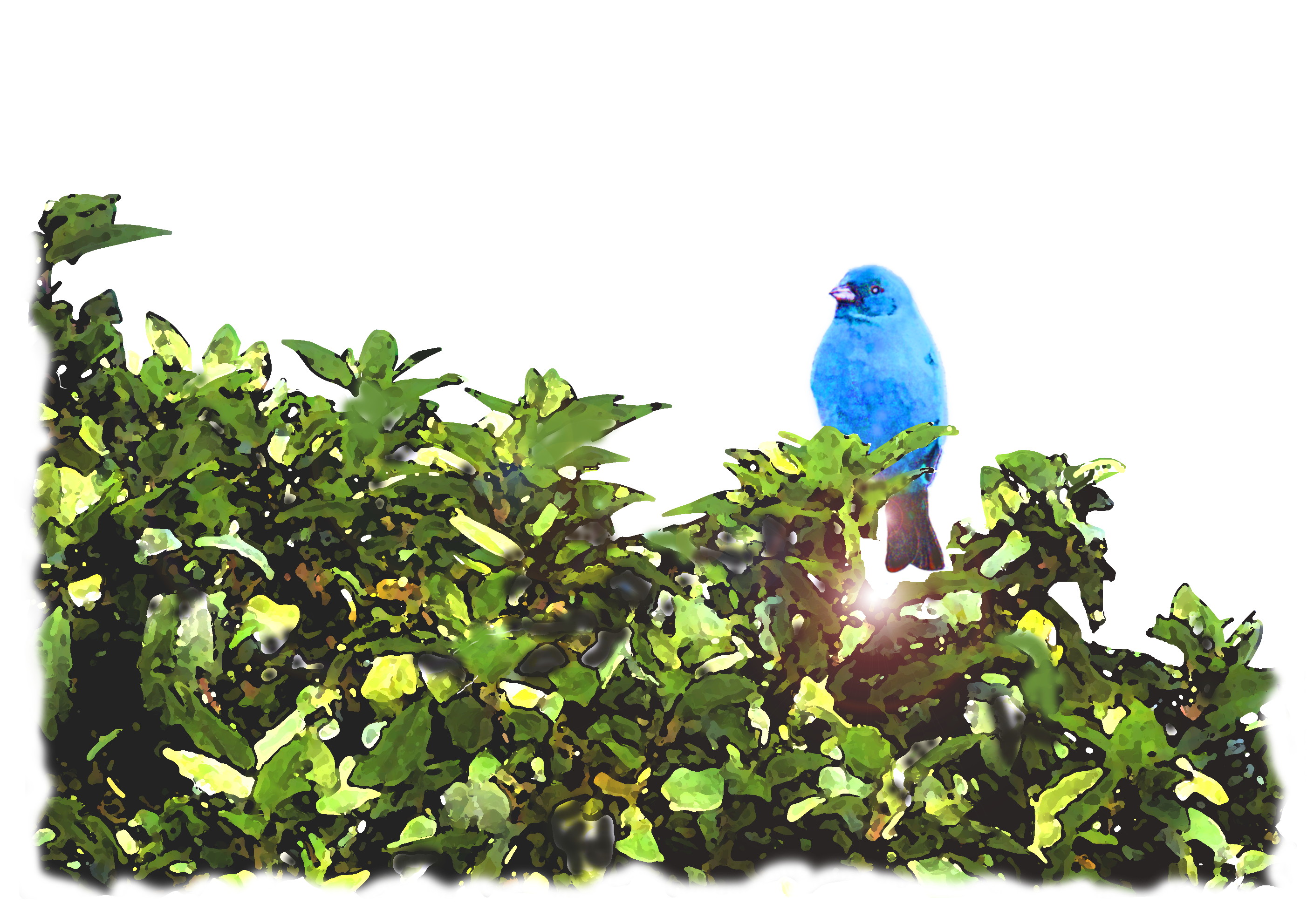 There was a small tank, or open well, in the coffee estate above the village. I used to sit there to see what came by. It was cut with vertical walls, about six yards square. The walls were festooned with the protruding roots of the nearby trees and bushes, and with the small stones that the digging of the tank into the earth had exposed. It was a scene of intricate patterns and subtle hues of earth and subterranean vegetation.

A grey tit arrived and began searching among the roots, above the water, along the wall. The grey tit is a race of the great tit – Parus Major – or at least it was when I saw it. It may now be a separate species – Parus cinereus – the cinereous tit. Things change. In any case, the point is, it was to me a great tit, but in black and white. Inky black cap and neck bands framing brilliant white cheeks and nape patch; black vertical band from chin to vent dividing white breast and flanks. But also shades of dark and light and grey : grey back, white wing-bar, stripes of white edges to black flight feathers. The body bold, the back and wings detailed. The bird was both the perfect contrast and the perfect complement to the subtle hues and intricate patterns of the walls of the well. 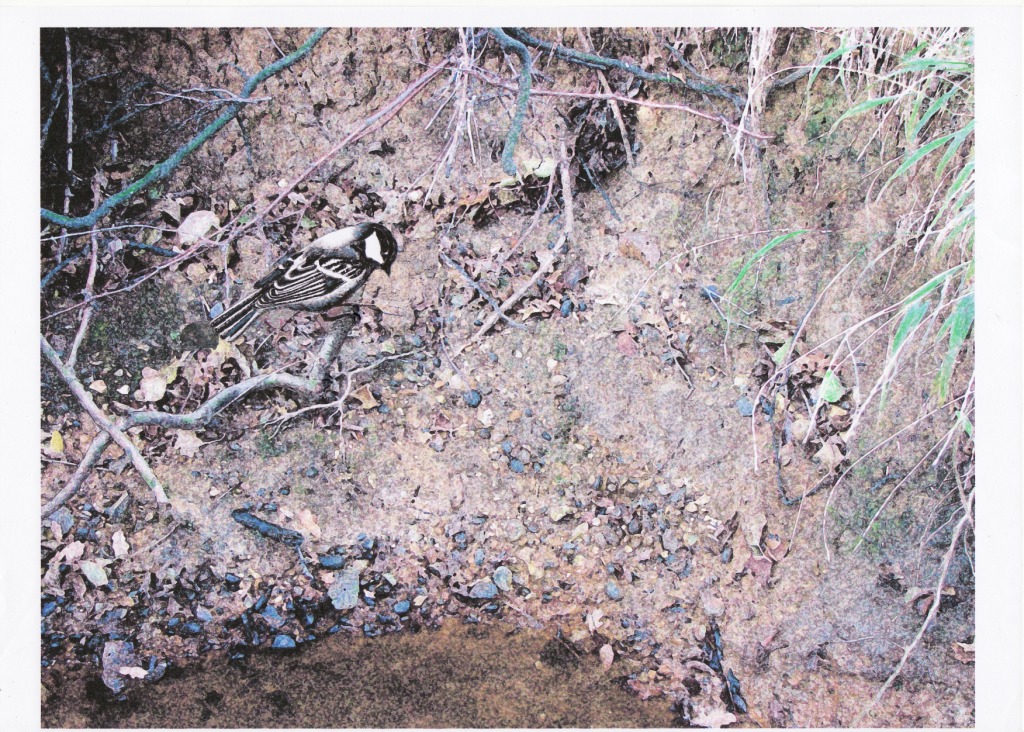 The European goldfinch is a delight at any time of year, but they are at their most attractive in autumn when the woods and fields begin to match their brilliant red and yellow and the orange-tinted fawn of their bodies. There was a small charm of goldfinches on a stand of dry spear thistles in the dry November wood. The ground was strewn with yellow sycamore leaves and orange-brown fronds of dry bracken. There were deep red berries on the hawthorn still and orange-red haws on the dog rose.   The goldfinches hung on the thistle heads, picking at the downy seeds.  Red masks, yellow wing-bars, bold black and white.

These delicate birds are a sort of miniature parrot for the temperate north. 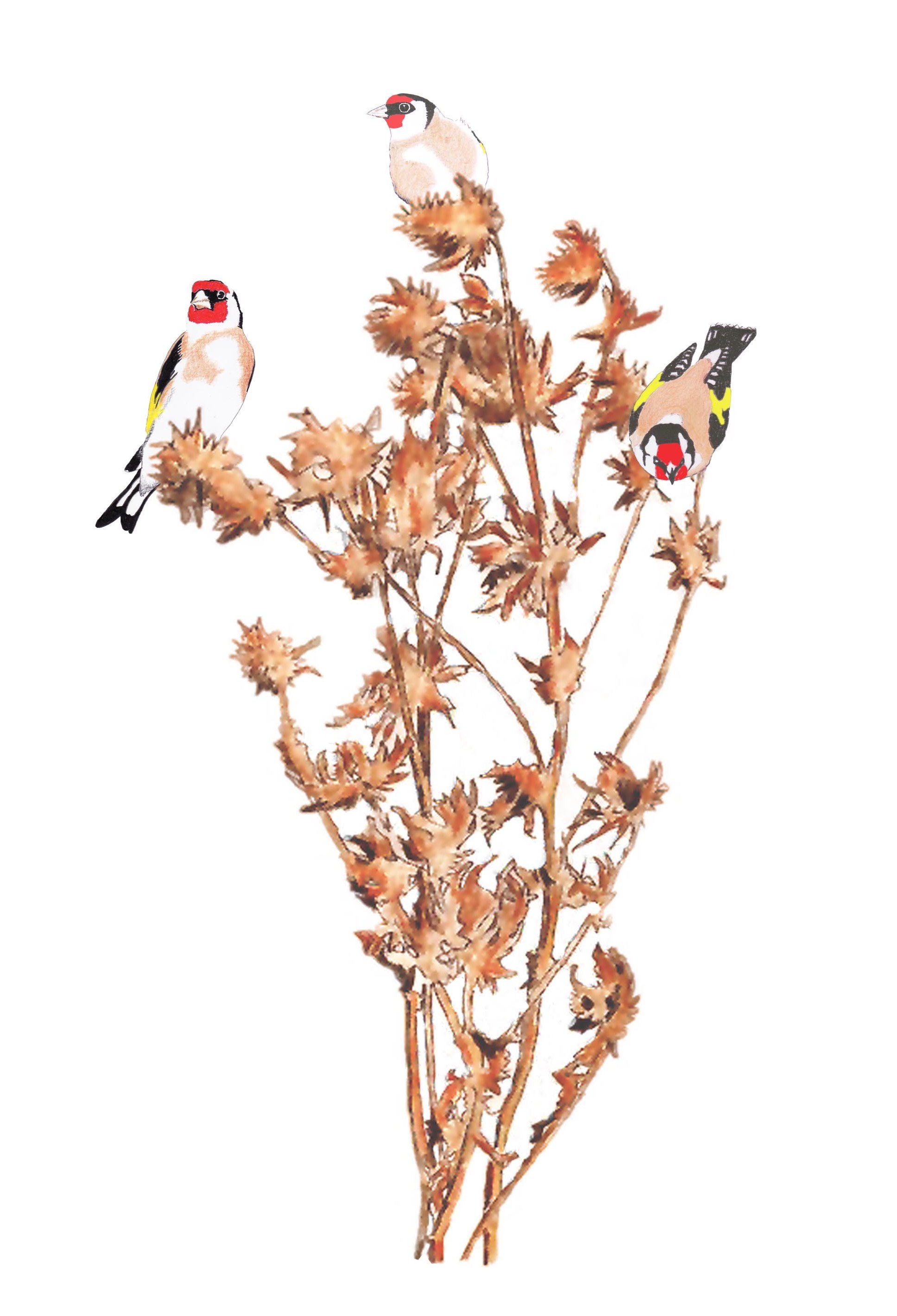 There is no word in English for the aural equivalent of a vision. ‘A hearing’ has already been taken, and in any case lacks poetry. Still, I wish to write about a couple of special ‘hearings’. In both instances it was of a wood pigeon cooing across the field at the back of our house from the top of great trees – one an oak, the other a grey poplar. I see the trees as I hear the voices echoing gently – if persistently. This was when I was quite young. I sometimes listen to try and repeat this experience, to hear the wood pigeon cast its quiet call upon the morning air, for example.  Unfortunately it is nowadays usually quite drowned out by the dreadful insistence of its cousin, the collared dove.